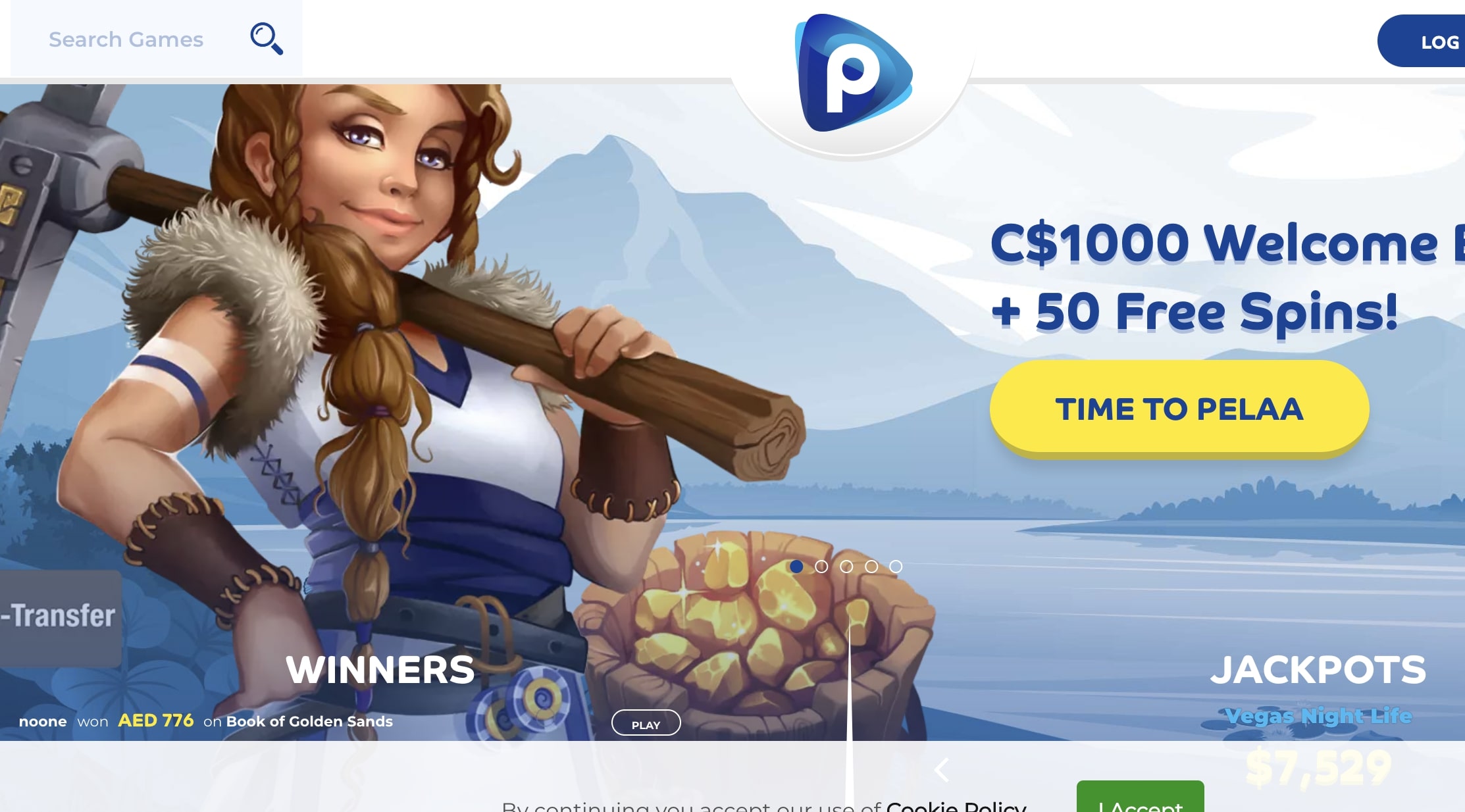 Pelaa casino greets its gamblers with a Scandinavian-style site and a non-obvious meaning of its name (if you, like us, don’t know Finnish). But the translator helpfully suggests that the word ‘pelaa’ is more connected with the casino than expected. It means ‘play’ in Finnish. Okay, let’s move on. The year Pelaa was created is another Scandinavian mystery.

The official web-site doesn’t advertise this info (we didn’t find any references while writing this review), however, other internet resources have this info for some reason (perhaps, the year of creation was indicated on the Pelaa website earlier). But their opinions differ: someone claims that Pelaa is a relatively young brand created in 2018, and someone confidently states that online casino Pelaa appeared in 2014.

As a European casino, Pelaa is expected to expand its geography and offer casino games to Canadian players. Except…. the Ontario players. Unfortunately, Pelaa isn’t allowed to be played by Ontario residents. We hope that the situation will change soon.

The brand is licensed in Malta and regulated by the British Gambling Commission. The games offered by the operator include titles from leading providers such as ‘Microgaming’, ‘Evolution’ and others. In addition, there are games from small but well-established brands on the online gambling market.

How to register with Pelaa

Even though the registration slogan is ‘You are one step away from entering Pelaa’, there are many steps to take. When you click on the big yellow ‘Sign Up’ button, a window pops up in which the gambler must enter their login, email, come up with a secure password and click on the yellow button. In the next window, the gambler needs to enter their first and last name, gender, birth date, and residence data (country, address, postal code, city), select a fiat currency and enter a phone number. 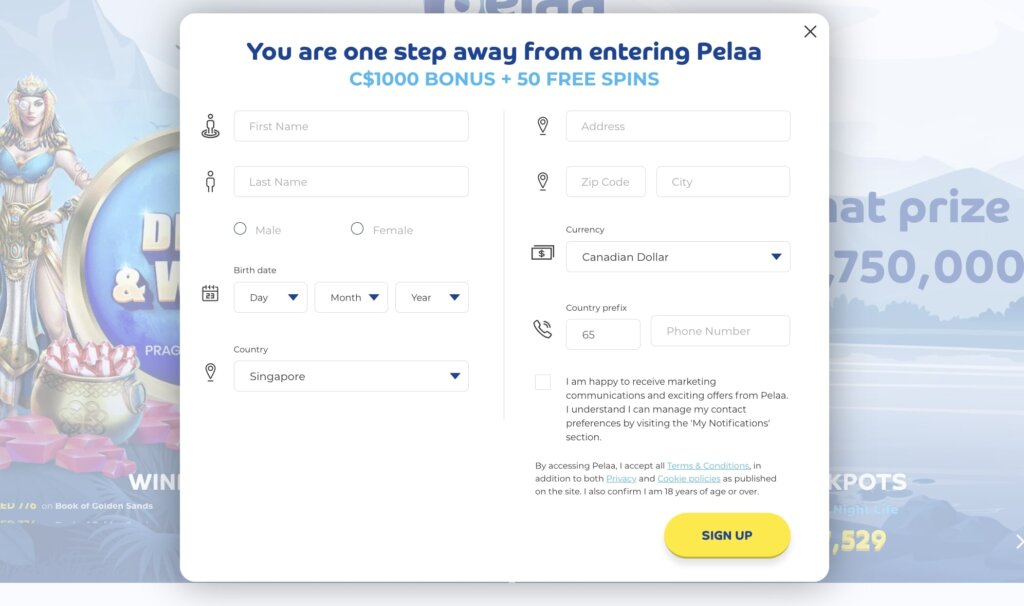 The online casino hasn’t released a mobile app, so the gamblers can rely on the mobile version of the web site if they play from a tablet or smartphone. The mobile version is optimized for all popular operating systems and scaled for a variety of screen sizes. Games also load even when the internet is weak, which allows players not to get angry at slow loading or a ‘frozen’ round.

Today it’s difficult to find an operator that offers less than 1000-1500 games. This is influenced by a large number of providers competing with each other (which means that the operator has plenty to choose from), as well as the operator’s business strategy to attract the gamblers with a wide range of games. Of course, there are online casinos with a staggering assortment of games, the number of which exceeds 5000. But Pelaa isn’t one of them. This is a casino with an assortment of 2000+ games, which is actually quite a lot, and in this variety you can definitely find a couple of your favorites. 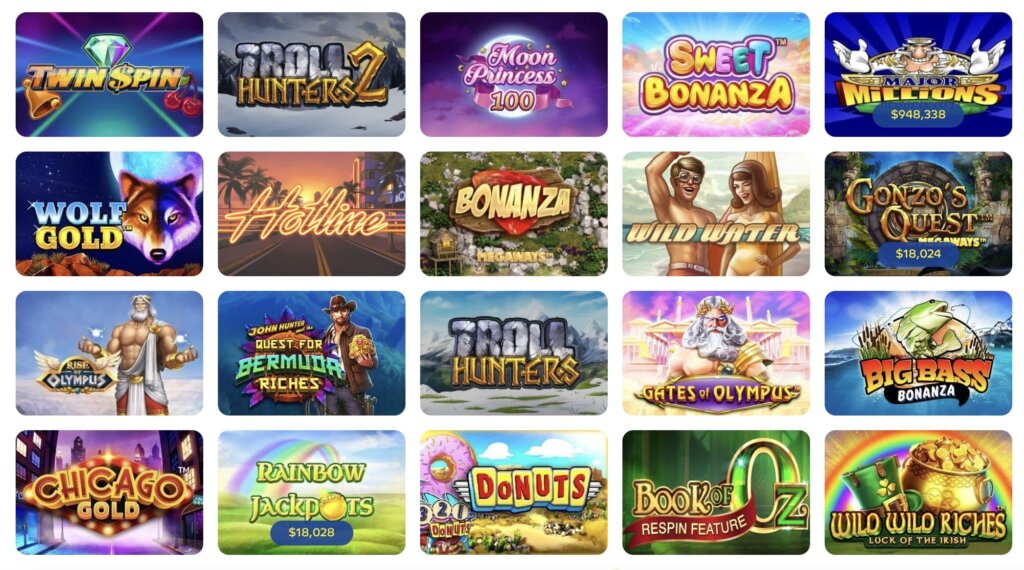 As we mentioned above, Pelaa games are from well-known providers, which means that among all the slots it is easy to choose a game to your taste. In addition to classic slots, there are games with jackpots and mega ways. 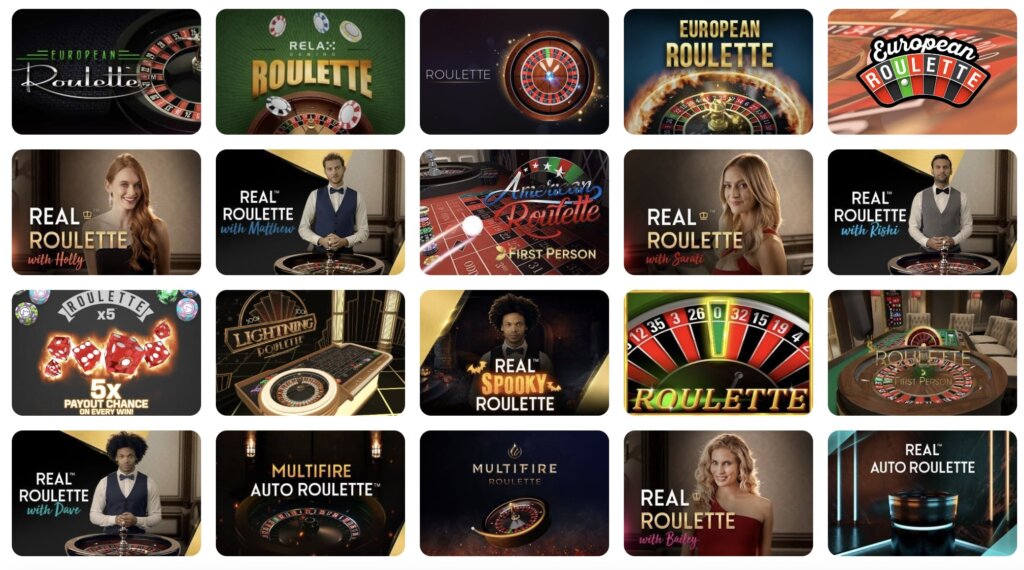 The number of table games is usually less than the number of slots on offer, but you can always find all the popular games here, including roulette, blackjack, poker, etc.

Games with live croupiers are a special kind of online gambling. Thanks to qualified dealers, HD video and high-quality soft, gamblers can find themselves in the atmosphere of a real casino without getting up from the couch.

Bonus for the 1st deposit

Those gamblers who have just registered and made their 1st deposit receive a 100% return on the amount of the deposit, but not more than 100 CAD and 50 freespins on a specific game.

For the next bonus, the gambler must make a 2nd deposit and bonus code PELAA2 (check the spelling of the code!). The gambler receives 50% of the deposited amount, but not more than 300 CAD.

The 3rd bonus is credited in the amount of 25% return on the 3rd deposit, but in the end no more than 300 CAD. You need to enter the PELAA3 code – be sure to check the spelling of the code before sending a request.

After making 4 deposits, the gambler receives a 25% return on the amount of funds deposited (but not more than 300 CAD). Here you also need to enter the PELAA4 code (check that the code is written correctly!).

In order to withdraw the funds won from the bonus, the gambler needs to complete 40x wagering. 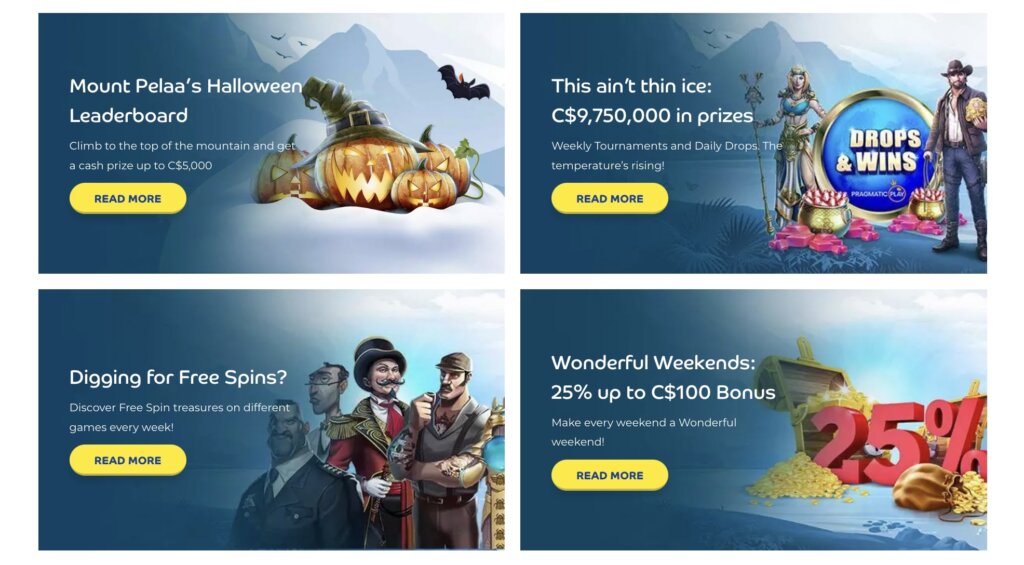 For two deposits of 50 CAD and above, made from Monday to Thursday, the gambler on Friday receives a 25% bonus up to 100 CAD.

Having played from Friday to Monday at Pelaa for at least 10 CAD, the gambler receives freespins on Tuesday from the online casino.

Player support at PelaaCasino falls well within industry standards: live chat, feedback form, e-mail, and even a phone number. Of all the options listed, gamblers most often use live chat services, as this is the most convenient and efficient way to communicate with an online casino. However, here Pelaa drops out of the popular 24/7 live chat format and offers user support from 9 am to 1 am.

Email can be sent to support@pelaa.com, however, some gamblers complained that the operator’s response was too slow.

The site has a feedback form. It is unlikely that its placement on a web page can be considered user-friendly. We didn’t find it right away. You need to click on the question mark in the upper right corner of the main page. A blue banner appears on the right, where you can select the language of the country in which you are located (out of 10 offered). Pelaa offers a link to a contact form if you click on the ‘Contact us’ section. Below this section is the ‘Chat’ section.

Pelaa is a licensed casino subject to online gambling laws in Malta and Great Britain. Today, 128-bit SSL encryption is the standard for protecting gamblers’ data, and one of features of casino Pelaa is also the use of this technology. Pelaa also enjoys a selection of games from trusted providers whose products are certified by independent TST and eCOGRA labs and are based on secure RNG.

I am from Ontario (Canada) and I can't play at Pelaa Casino. What should I do if I have a balance in my account?

Please contact Pelaa support to withdraw the remaining money. Contact methods are listed above in the Pelaa casino review.

Can I bet in dollars?

Pelaa provides its gamblers with a choice of over 25 in-game betting currencies, including US dollars, Canadian dollars and other popular fiat currencies.

How long do I have to wait to withdraw my winnings?

Withdrawal of funds in Pelaa is given from 24 to 72 hours.

Can I play at the casino for free?

Yes, you can. Most of the games have a demo version, so the gambler can 'get acquainted' with the slot before betting real money.

What should I do if I was playing a live game and the internet is lost?

If the internet connection is interrupted, the game will continue as usual. If you are unable to immediately connect to the game, your bet will be registered as ‘stop’, as if you don’t want to take any further action in the game round. Later you will be able to track your bet in the 'History' section.

Pelaa Casino offers certified games and several bonuses. Needless to say, the bonuses are huge. Wagering conditions are average in the industry, but may cause dissatisfaction with some gamblers who think that 40x wagering is a lot. The casino doesn’t work with cryptocurrencies, but at the same time offers more than 25 fiat currencies and 10+ payment methods for deposits and withdrawals. All in all, Pelaa is playable, though not for Ontario residents. A weak four (or even a strong three) out of five.