Thunderkick is a Swedish game provider that started its business more than 10 years ago. During this time the company has released 70+ entertaining games. Thunderkick specializes in developing online slots, and they really succeed in it. The provider’s portfolio contains many well-known titles, which have brought several iGambling awards to the supplier. 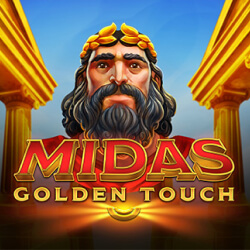 Thunderkick is a reputable gaming provider that has been designing top-tier entertainment for over 10 years. The company features a broad collection of slots for every taste including amazing 3D games with captivating features and great payouts. Today, the provider has more than 70 games of various themes, many of which have become very popular in Canada.

A rare gambler has not played the remarkable Midas Golden Touch slot. This is an entertaining game from Thunderkick based on the legend of King Midas. It looks bright and attractive and offers generous winnings. You can find a more detailed review on the RateMyCasino website.

Let’s take a closer look at Thunderkick software provider, which produces attractive slot games that you can play on your mobile and PC.

Thunderkick was set up in Stockholm in 2012 when a group of enthusiasts started developing gaming software. Then it was a few developers who were burning with their idea. Thanks to their desire and talent, they have created an amazing company called Thunderkick which is widely known now.

Today Thunderkick is a powerful business with offices in Stockholm and Malta. Its team of professionals creates distinctive amusement. The company is known all over the world as an HD slot provider. Thunderkick’s portfolio consists of 70+ entertaining titles that lure players with interesting plots and striking features.

The provider focuses on creating online slot machines, and the company really succeeds in this. Games have different plots, as well as bonus games, scatters, wilds, and more. All games use HTML5 which allows players to enjoy their gaming on various platforms. Despite the provider doesn’t feature any other games, players are given a dramatic choice of entertainment.

Thunderkick entertainment deserves your attention. With fine design and engaging features, these games are fun to play. Easy to understand and flexible in betting limits, Thunderkick slots are suitable for both beginners and experienced players. Moreover, online casino gamblers of different countries can comfortably play the provider’s entertainment, because the interface has been translated into 25+ languages.

A crucial advantage of Thunderkick slots is a good RTP rate. On average, the provider’s slots show an RTP of about 96%, which is a cool percentage for online slots. Players welcome high RTP games, that is why these games enjoy great popularity among Canadians.

Another important gaming term is volatility. The provider offers games with both high and medium variance so that players of different interests can find a game for themselves. Players who like to take risks choose games with high volatility. Therefore, if you feel like getting more excitement, then know that Thunderkick offers high-variance entertainment.

Thunderkick invites you to enjoy games in free mode before you start playing for real money. Any player can test the chosen slot for free to try the features. Such games are no different from the usual versions. The only difference is that you cannot win real money.

Demo games are an excellent opportunity to know how the game works, check its features, mechanics, and more. Therefore, play free games if the supplier provides such an option. You do not risk your own funds, because in demo mode you play for virtual money.

Thunderkick pays significant attention to user safety. Before a game is released, independent testing laboratories conduct full testing of it to ensure that the slot is fair and random. Only after receiving a security certificate, the game can be added to the provider’s portfolio.

Another important issue is the fairness of the game. To provide honest gaming software, Thunderkick holds licenses from the following jurisdictions: the United Kingdom, Malta, and Romania. The company regularly undergoes the necessary audits and tests to remain a reliable supplier.

Slot machines from Thunderkick are popular with Canadian players. Due to the high RTP, games from the provider are often chosen by online casino gamblers. And the more players are interested in Thunderkick slots, the more casino operators want to have the provider’s software on their websites.

Thunderkick has established itself as a reliable online slot provider. That is why casino operators seek to add Thunderkick software to their library. However, do not forget that gamblers should only play on trusted sites that have a good reputation. Therefore, we suggest that you look at the Thunderkick casino list recommended by RateMyCasino.

You spin video slots on your phone more often than on your PC, don’t you? Thunderkick developers have made amazing work, and now players relish convenient mobile gaming. All games are adapted for mobile devices. There is no need to download a special app, you can play directly in your browser.

Thunderkick mobile slots are developed for various devices. Games load quickly and work great on mobiles, tablets, laptops, and computers. What is more, the company designs cross-platform games: you can play on different platforms including popular Android and iOS.

Numerous Canadians who pick it to play prove that Thunderkick creates fun entertainment. The developers have been successfully implementing their ideas for about 10 years, and now their software is presented in more than several hundred online casinos. It shows that Thunderkick provides amazing content that attracts gamblers.

Thanks to its arousing slot games, the company has been nominated for many gambling awards. In 2017, the provider received two awards: Best Mobile Game of the Year and Best Low Volatility Game of the Year. In 2019, the supplier won one more award: Best New Slot Game of the Year.

Thunderkick continues to release wonderful games and receive various awards. Their slots are considered very attractive to players due to their designs, high video quality, extra features, and RTP. Thunderkick slots are fun amusement for all players. Therefore, RateMyCasino recommends that you give the provider’s online games a try.

What Games Does Thunderkick Have?

Thunderkick's portfolio consists of more than 70 slot machines. Games differ in genres, designs, features, mini-games, betting limits and much more. Thanks to such a variety, each player will definitely find a slot to his liking.

Yes, all slots are powered by a Random Number Generator (RNG), which randomly determines the combination of each spin. Thunderkick games are subject to mandatory certification that proves the random nature of the game. That is why you can be sure that all combinations are random.

How To Play Thunderkick Games Online?

Despite all the Thunderkick slots being completely different, you can follow one simple algorithm to play. Find a safe online casino and sign up. Do not forget to claim a welcome bonus if any! Then, make your first deposit, pick the game, set the number of credits and lines, and start your gambling adventure. Some games may offer special features or mini-games, so we advise you to study RateMyCasino reviews to be aware of all the characteristics in advance.

How Do I Pick Thunderkick Slot Machine?

Are There Video Poker Games?

No, the provider focuses on online slots and does not offer video poker. Despite the lack of table games, the variety of slots will definitely please fans to do spins.

Can I Play Thunderkick Games In Canada?

Yes, you can. Thunderkick has obtained a Malta Gaming License, allowing casino operators to host their games in Canadian casinos. Find the list of the top Thunderkick casinos in the review above.

Yes, absolutely. Firstly, Thunderkick is regulated and licensed by UK and Malta gambling authorities. What is more, its online slots use the RNG that is tested regularly.